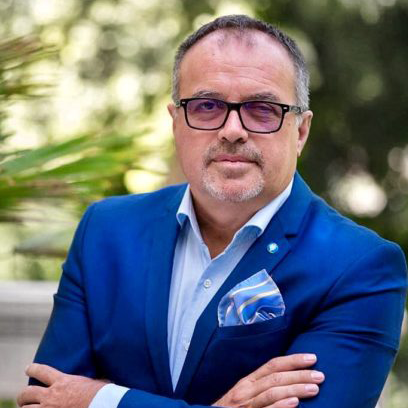 Sándor Balogh is a Hungarian businessman and a true cosmopolitan. He is a committed supporter of civil matters affecting the broader society not only in Hungary but also abroad. In the course of his business activities and investments, from the very beginning he has been holding the view that the basis of the long-term success is the brave, continuous trying.

At the beginning of his higher education he studied in Moscow at the Institute of International Relations. After returning back to Hungary he continued his studies at Corvinus University in Budapest and started his first business soon.

His real never-ending love is Africa so he made the decision that his loved continent deserves more attention and help than it gets. The year of 2006 was a milestone in his life, as after several years of preparatory work, he founded the civil society and humanitarian organisation called the African Hungarian Union (AHU). There are many other African issues that are linked to Mr. Balogh’s name. Such as the edition of several Africa-related books, the support of Africa-focused media programme, the furtherance of disadvantaged African people and the organisation of many cultural events.

Sándor Balogh’s other love is sport. He is the Finance Director of the organising company who was responsible for the 17th FINA World Championships is 2017 what was declared by FINA President Dr. Julio C. Maglione as “the best World Championships ever in FINA history”. Mr. Balogh considers sport as the best tool and the most proper way to raise the future generations and build a healthy society.