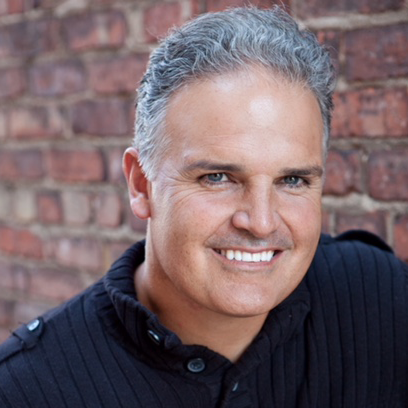 Born and raised in South Africa, Peter Andrew became a member of the Naval Operational Dive Team with the South African Naval Defense Force before earning his business management degree from Natal Technicon Peter’s professional resume includes a well rounded background in a variety of businesses such as pest control, agriculture, and home restoration.

An avid swimmer growing up, having been captain of his swim team and a Victor Ludorum award winner, Peter helped establish his own swim club, the Aberdeen Aquaholics, when living in South Dakota. The team wound up moving to Kansas and evolved into Indie Swimming, then into Race Pace Club, the home of World Champion swimmer and Peter’s son, Michael.

Through Peter’s guidance, Michael’s has produced impressive performances on the U.S. domestic stage, becoming the country’s most successful national age group swimmer with over 100 National Age Group (NAG) records. His breakout year into the U.S. ranks came in 2018, when Andrew became a 4-time national champion with titles in the 50m free, 50m breast, 100m breast and 50m fly.

Internationally, Michael has earned numerous World Junior Championship titles, a 2016 World Championship title in the 100m IM and multiple World Cup medals and appearances. As such, Peter’s influence within the swim coaching community has been continually gaining notice.

Peter has been invited to speak at several international conferences on the topic of Ultra Short Race Pace Training (USRPT), the training methodology he believes in and applies to the Indie Swimming team. It was evident at a young age that Michael was a natural talent in the pool and, naturally, Peter wanted to cultivate his son’s gift as effectively as possible. After exploring coaching options and not finding the support and instruction believed to be the best fit for his young prodigy, Peter decided to take on the task of coaching his son personally.

Being met with resistance at various facilities, the Andrew family decided to take on the task of building their own pool in order to have Michael train in an environment that was conducive to both his physical talents, as well as his spiritual well being. The Andrew family’s relationship/walk with God is at the forefront of everything they undertake, including swimming. Throughout the roles of father, coach, supporter, speaker, Peter seeks in all ways to glorify God and be faithful to His call.

Having attended a conference where Dr. Rushall, considered the pioneer of modern USRPT, was speaking, Peter determined that the against-the-grain training method was indeed the right recipe for Michael to excel within the sport, both physically and mentally.

After immersing himself in all things USRPT, Peter armed himself with the knowledge and science behind the training in order to coach his son Michael in a supportive, balanced environment. The overall goal was to create and maintain surroundings in which Michael could enjoy practicing, maintain his enthusiasm for the sport and avoid burning out.

In his coaching role, Peter carries out USRPT as a complete training method for Race Pace Club; not just as a component of a larger program. Peter approaches USRPT as a four-​stemmed entity, with roots in nutrition, conditioning, technique and mental health.
As a result of his implementation of the disciplined, science​-based training methodology successfully through Race Pace Club, Peter is a highly sought after clinician and speaker, visiting clubs across the nation. Most notably, Peter was invited to the 2016 ASCA Conference to give a presentation on Michael’s training.

Peter maintains an open door policy, in that any coach who wants to observe how Indie Swimming practices is more than welcome to visit the Andrew facility. Peter also hosts one​-hour coaching sessions, as well as SwimPro​enabled video review of technique. Interested parties can visit www.usrptswimprolesson.eventbrite.com for details.

The Andrew family has also launched their own homegrown VodCast as a means to equip the swimming community with the necessary knowledge, tools and planning devices to successfully implement USRPT on their own.