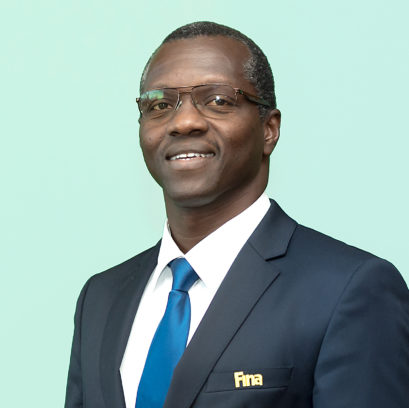 Dr. Mohamed Diop, FINA Bureau Member from Dakar originally from St. Louis in Senegal, is a Doctor in Medicine with a specialisation in Sports’ Biology, Sports’ Nutrition, as well as in Sports’ Biomechanics and Physiology.

As an athlete, Dr. Diop was a member of the Senegal Olympic Team from 1979 to 1999 taking part in various World Championships, International events and Olympic Games, he was the Captain of his team for 12 years. Receiving the award in 2000 for the best Senegalese Swimmer of the century, he participated at his last World Championships in Rome in 1994. Currently, he is an active Masters Athlete in Swimming with 3 medals from the FINA World Masters Championships in Kazan 2015.

Since 2001 he serves as the president of the Senegalese Swimming Federation and in 2004 he took the presidency of the Zone 2 of CANA. At CANA Dr. Diop is currently Secretary General and Treasurer, he also previously held the positions of President of the Medical Commision and Vice-Chairman.

Dr. Diop was Secretary General of the Olympians Association and also its Vice President. Besides, he has also held different positions in his National Olympic Committee and was the Vice President of the National Anti-Doping Agency. He is currently the President of the Organisation Régionale d’Anti Dopage(ORAD) for the Zones 2 and 3 of Africa.