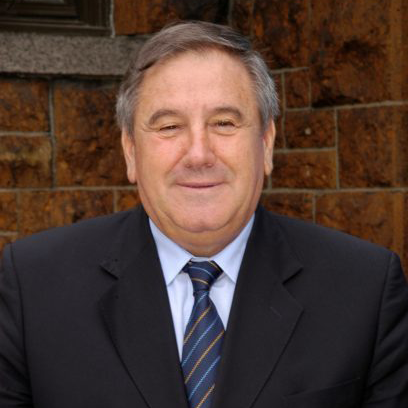 Born in Bucharest (ROU), Cornel Marculescu graduated from the capital city’s Institute of Sport and Physical Education in 1964, the year in which he represented his country in water polo at the Olympic Games in Tokyo, helping his squad finish in fifth place in the tournament. A member of the Romanian team in 165 international games between 1958 and 1970, Mr. Marculescu then moved on to coaching and serving as an official. As a referee for 10 years (1970-80), he was namely on duty atthe 1972 Olympic water polo final.

A polyglot who converses with ease in English, French, Spanish, Italian, Russian and, of course, Romanian, he acted as Technical Director of the Romanian Swimming Federation and, while a member of the FINA Technical Water Polo Committee in 1977, was chosen as Technical Director for the Spanish Swimming Federation. In 1986, Mr. Marculescu was the key man behind the success of the FINA World Championships in Madrid (ESP). His work made him a natural for the position of managing the first permanent office of FINA when it opened in Lausanne in 1986. He is since then FINA’s Executive Director.

Participated as water polo player, FINA Water Polo referee, FINA TWPC, technical director, and FINA Executive Director at the last 14 Olympic Games (from 1964 to 2016) and all 17 editions of the FINA World Championships since 1973.

Former Honorary Secretary of the FINA Technical Water Polo Committee (1978 – 1980), Mr. Marculescu is FINA’s regular representative at sports forums worldwide. His work was recognised in 2001, when he received the International Swimming Hall of Fame’s Paragon Award for outstanding contribution to swimming.