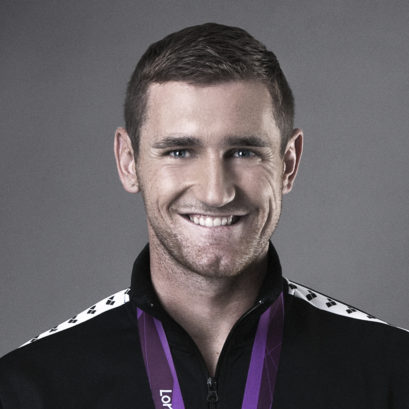 Born on 25 May 1988, in Pretoria South Africa, Cameron van der Burgh grew up in a world of make believe with an overactive imagination and a busy, busy mind. He couldn’t sit still for long and recalls his biggest punishment as being sent to his room on a timeout. He was like many other boys his age but Cameron’s diagnosis with ADD thankfully came with an alternative treatment to brain-altering drugs: swimming. What was meant to calm him down and give his brain something else to concentrate on, became the biggest catalyst for the life of a World Champion, a Commonwealth Champion, and an Olympic Champion. One of the most decorated breaststrokers of all time, He has consistently placed in the medals at every major competition for over 10 years.

Putting on a different type of suit, Cameron has recently moved to London after selling his Sports Marketing company to begin his next chapter as a Hedge Fund Analyst at the Worlds Biggest Oil trading fund, Andurand Capital. He has a big passion for business and finances since young where he began trading shares in high school.