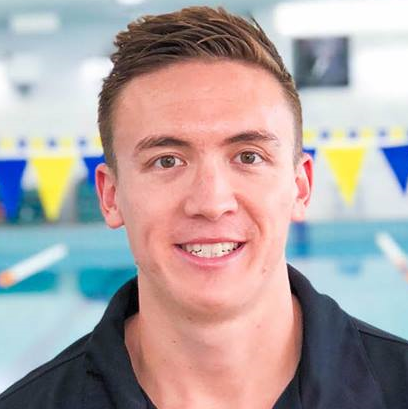 Hurley is s former World Record Holder in the short course metres 50m Backstroke from 2008, and in 2012 won the same event at the FINA World Championships in Istanbul. He has 5 more FINA World Championship medals from Manchester, Rome and more recently Windsor in 2016, as well as 24 Australian Titles and has the fourth most FINA World Cup gold medals among men, in history.

He is the first Australian under 50 seconds in the short course 100m Backstroke, and broke that Commonwealth Record four times on his own. Hurley and his teammates are still the Commonwealth Record holders in the 4x200m Freestyle relay from their performance in Rome 2009.

Hurley has the unique ability of being highly credited as a sprint backstroker but was also national champion in the 400m, 800m and 1500m freestyle’s at different stages of his career.

He is well traveled, having trained at the Australian Institute of Sport, the University of Arizona and Club Wolverine, Michigan, as well as many high performances programs in his home country.

In 2017 while taking a brief break from competition, Hurley was announced as the Performance Manager of the Chad le Clos Academy in Cape Town, South Africa. Co-coaching with Andrea di Nino, Hurley guided Le Clos to Gold in the 200m Butterfly, Cameron van der Burgh to a PB and bronze in the 50m Breaststroke, and Danie Marais in the 5km Open Water event. Now residing back in Australia, Hurley is the Head Coach of Aquabliss on the North Shore of Sydney.