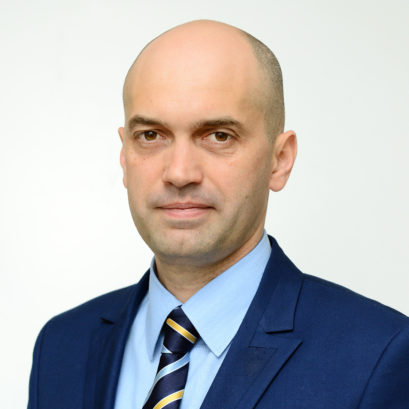 Azat Kadyrov was born on 28 August 1973 in Kazan, Republic of Tatarstan, Russia. In 1999, Mr. Kadyrov graduated with honours from the Kazan State Technological University with a degree in Electric Drive and Automation of Industrial Plants and Technological Complexes in 1996 and a degree in State and Municipal Management in 1999. In 2006, Azat Kadyrov successfully completed a professional retraining programme in Competitive Sports Management in the State University of Management, Moscow.

Throughout various years’ service, Mr. Kadyrov was employed as the Chief Expert of the Ministry of Youth Affairs and Sport of the Republic of Tatarstan, Sports Director of the Women’s Basketball Club “NUR”, Deputy Head of the Department for Strategic Development, Budget Planning and Control of the Ministry of Youth Affairs, Sport and Tourism of the Republic of Tatarstan.  During 2009 – 2013 he was the First Deputy Director General/COO of the Executive Directorate of the 27th Summer Universiade Kazan 2013.

Since December 2013, Mr. Kadyrov has been holding the post of the Director General of the Directorate for Sports and Social Projects. The preparation for the 16th FINA World Championships 2015 in Kazan and the 16th FINA World Masters Championships 2015 in Kazan was conducted under the guidance of Azat Kadyrov. Under his leadership the FINA Development Centre has been recently established in Kazan. In 2015, Azat Kadyrov was appointed Venue Manager of the Kazan Venue Management Division of the 2018 FIFA World Cup Russia™ Local Organising Committee.