Samantha Arevalo: from Amazonia to Rio 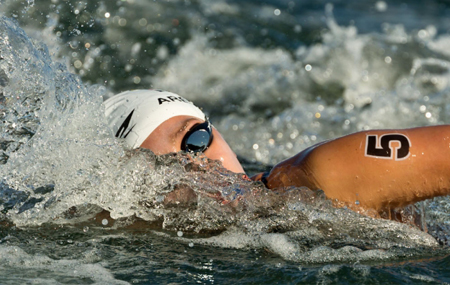 This could be a story of a Brazilian athlete that is living or training in the immense Amazonian region of his country and is qualified for the 2016 Olympic Games in Rio. But Amazonia is not confined to Brazil, it goes well beyond its borders. In Macas, Ecuador, they also know the beauty and the challenges of the dense forest. There, river Upano represents a daily danger for those not able to swim. 18 years ago, a couple of parents decided that their daughter wouldn’t incur that danger. Today, Samantha Arevalo is thankful to her parents for that choice. At almost 22, she is ready to be the first female athlete of her nation to participate in an Olympic marathon swimming race, in the much busier coast of Rio de Janeiro.

After finishing in a frustrating 12th place at the 2015 FINA World Championships in Kazan – the best 10 in the 10km would get an automatic qualification for the Games -, the Ecuadorian star didn’t give up. She trained harder and today in Setúbal (POR) she was the bronze medallist of the qualification tournament, easily getting her so-desired ticket for the Rio rendezvous. 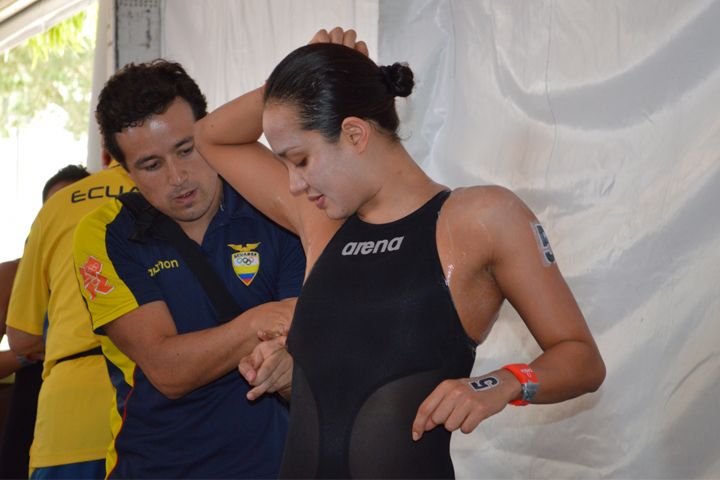 “I started swimming at four. There was a swimming pool in my small city of Macas and I was learning there. But I was also swimming in the river, as my father wanted us to have some physical activity and not be closed at home all day. My other siblings – we are four -, were also involved in swimming and I got hooked to it”, Samantha recalls when talking to FINA after the medal ceremony in Portugal.

Very quickly her talent got noticed and she started performing at national level, always in the pool, mainly in the 800m and 1500m free. The Olympic adventure is not new to her, as she qualified to represent Ecuador at the London 2012 rendezvous, after getting a consistent “B” time (8:48) in the 800m free.

“Three years ago, I moved to Cuenca [2400m high], a very beautiful city in Ecuador. One of my brothers was in relation with open water and I managed to conciliate the training for the pool in long distance with the one in open water. It all started this way and in that same year, my first international competition was in Viedma, Argentina [one of the legs of the FINA 10km Marathon Swimming World Cup]”, Samantha says.

In Cuenca, her daily routine includes six hours in the pool, for a daily average of 10km. “Despite my relative success, open water is still a much unknown sport in Ecuador. It is however funny to note that there are a lot of people practising it without in fact noticing it… In Macas, all those that like to swim in our river, are in reality practising open water. They just swim in a natural environment”, she jokes. “More seriously, I believe that with this qualification, this will further enhance the visibility of this discipline”.

Asked about a specific tactics used in Setúbal, Samantha is clear: “Nothing special. My coach just told me to swim on a relaxed way. He told me that the ‘quantity’ of training was there, so it was just a question of correctly adapting to the race conditions”, she admits. “When the group wasn’t so compact after the first two laps, this worked better for me, I could swim more comfortably”. 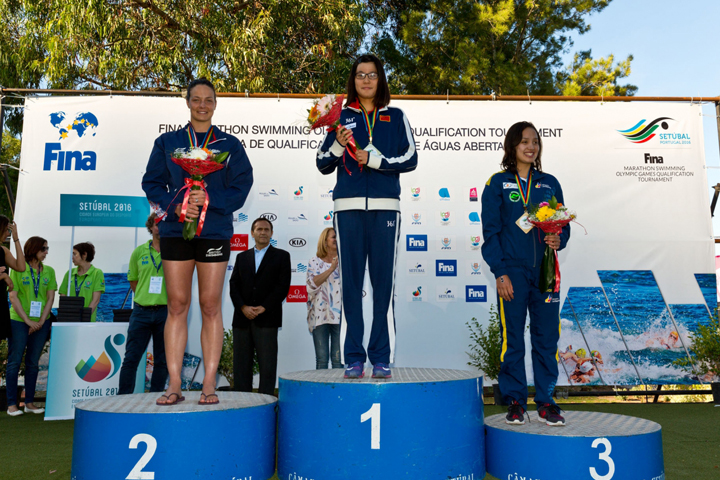 For Rio, she considers that “everything is possible”, while she continues waiting for a possible qualification in pool events – she has “B” time in the 800m free, with 8:42.04. Macas should definitively be proud of Samantha!