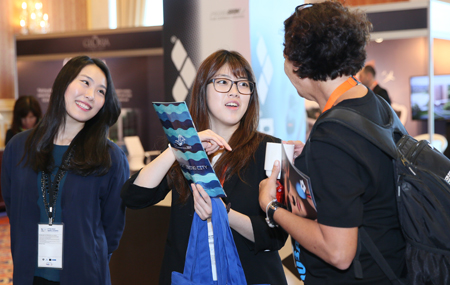 Occurring every two years, the 4th edition takes place at Caesars Windsor Resort and Convention Centre in Ontario, Canada from 3-5 December 2016. Over 1000 delegates will meet to network, share knowledge and develop business.

The opening of registration for the Convention coincides with the announcement of the FINA World Sports Medicine Congress’ programme. The two-day Congress, under the general theme ‘Swimming for Gold, Swimming for Life’, gathers sports medicine physicians, sport scientists, health professionals and coaches, to review the latest scientific evidence in the field of aquatic athlete health and performance.

“We are very excited to have opened registration for the 4th FINA World Aquatics Convention. In 2014, 91% of delegates rated the Convention’s networking opportunities as good or excellent and we are working hard to improve this for 2016.

“Our aim is to deliver the best event ever attended by the Aquatics performance industry – one that grows powerful connections between organisations, competitions and businesses involved in the development of global Aquatics.” (Dr. Julio Maglione, President, FINA)

Delegate packages for the 4th FINA World Aquatics Convention are currently available at the early bird rate of 500.00 USD.

Learn more about the delegate package and fees.