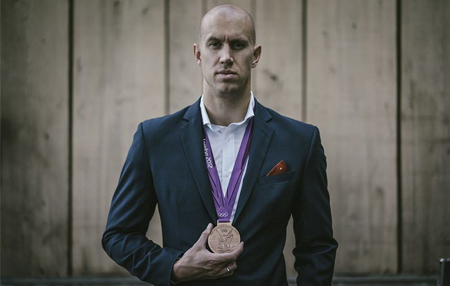 With the FINA Swimming World Championships (25m) and FINA World Aquatics Convention heading to Canada this December, we caught up with the ‘King of Canadian Swimming’ – 2012 Olympic medallist, Brent Hayden.

Providing insight into the life of a top-performing athlete, Brent also shares his experience training the next generation of Canadian swimmers and reveals his tips on Canada’s ‘ones to watch’ at Rio 2016.

“Some people shoot for the stars, but personally, I don’t like to set limits.”

Two weeks before the 2012 Olympic Games in London, England, Brent found himself on the floor of his training camp hotel room screaming from back pain.  Resisting the urge to quit, the Canadian swimmer promised himself he wouldn’t retire before the Games – he would commit all of his effort to the pool and leave everything in there on race day.  “I would have rather drowned than swim a safe race,” he says.

In the 2012 Olympic Games 100m Freestyle final Brent proved it’s not how you perform on your best day that matters, but how you perform in the face of adversity.  He finished third, winning the medal that had eluded him throughout his career and writing himself into Canada’s history books.

Brent’s determination for success in the pool wasn’t always so obvious.  As a boy he failed swimming lessons twice, and was a self-confessed failure at other sports.  “I scored one basket all season for my basketball team, and that was in an exhibition game against our own girls’ team,” Brent remembers.  He was easily distracted as a child, something which his coaches found frustrating, “my local club even had an award named after me,” Brent laughs, “the I don’t know award”.

However, there was one thing Brent couldn’t be faulted for – his love of swimming.  “It wasn’t about medals for me,” explains Brent, “I wanted to go the pool every day and do one thing better than I did the day before.”  This philosophy paid off, as Brent and others around him started to realise the potential he had in the pool. 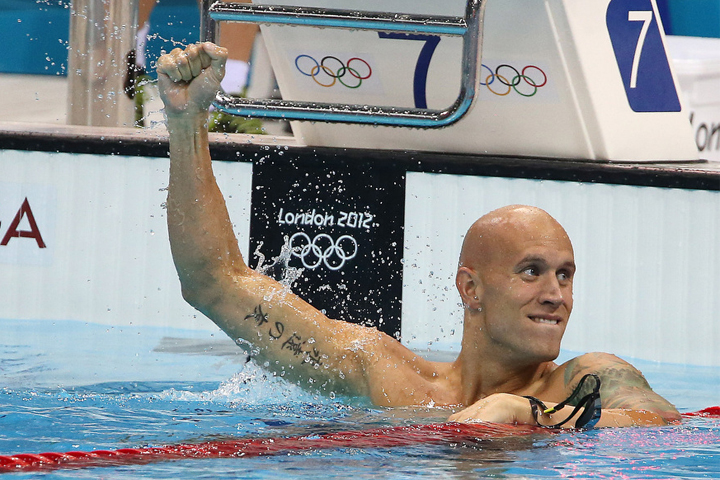 In 2002 Brent made the Canadian national team, beginning a ten year career that saw him remain undefeated in the 100m freestyle at the Canadian Championships, compete in three Olympic Games and set numerous individual national records – all of which still stand today.  However, Brent’s Olympic story is a far cry from a fairy tale – at his first Games in Athens his alarm clock awoke him at 03:00 on race day.  “I’d already made it to the canteen before I realised what time it was” says Brent, “I never got that sleep back.”  “From then on I tried to learn to control the things I could control and adapt to the things I couldn’t.”

In Beijing in 2008, Brent recalls the dangers of expectancy in competition.  “It was the first time I’d gone in as a favourite,” he says, “I was expecting to make the final.”  Despite being the reigning World Champion and in peak condition, he proved in Beijing that the psychological side of competition requires as much attention as the physical, something he now makes sure to incorporate into his training of the next generation of Canadian swimmers.

Brent now runs private coaching swim camps with his wife Nadina – also a former competitive swimmer and established swimming coach.  The couple travel throughout Canada, utilising their professional experience and wisdom to help youngsters achieve their goals in the pool.  “I feel a lot of happiness from giving back to the swimming community,” Brent reveals, “I believe a lot of people can benefit from my experience as an Olympian.”  “It’s not about how fit you are, although that’s important,” he explains, “it’s more about how well you move through the water.”  Brent’s camps have a particular focus on improving technique and many young swimmers have made great progress under the couple’s guidance.

Brent Hayden Swim Camps continues to develop young swimmers across Canada, helping them to one day join the ranks of the hopefuls heading to Rio de Janeiro for this summer’s Olympic Games.  So who are the Canadians to watch in 2016?  We asked Brent.  “Obviously the likes of Ryan Cochrane and Richard Weinberger will be doing something good,” Brent says, “but I think Santo Condorelli has the potential for big things, and maybe even break my records.”  “I’m looking forward to the women’s relay too” he reveals, “the Canadian women have such a strong team this year, so it’s hard to pick out any individuals – it’s a good problem to have.”

Be sure to watch the Canadian stars competing in the pool at this summer’s Olympic Games as a warm up to the FINA World Swimming Championships (25m) in Windsor this December!