One year to go for the 2016 FINA World Aquatics Convention! 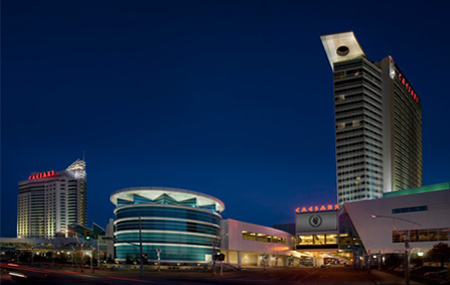 A year from today, the biennial FINA World Aquatics Convention (FWAC) plays host to the leading figures in the Aquatics performance industry. From 3-5 December 2016, over 1000 delegates will congregate at Caesars Windsor Resort and Convention Centre in Ontario, Canada, to network, share knowledge and do business.

An important new feature for the Convention next year is the inclusion of the established FINA World Sports Medicine Congress. This introduction is expected to expand the Convention into innovative markets such as Aquatics sports medicine.

“The FINA World Aquatics Convention provides a unique opportunity for all those involved in Aquatics to gain invaluable insight into our industry and raise their profile within it. We are very excited to bring the Convention to Canada and North America, a destination that offers access to a marketplace brimming with potential as well as the chance to form new relationships”.

As in 2014, the Convention will precede the FINA World Swimming Championships (25m), which takes place from 6-11 December, also in Windsor. The timing and location of both events provides Convention delegates with unique access to as many as 1,500 elite athletes, coaches, team managers and team doctors. Moreover, the combined approach aims to strengthen the connections between international Aquatics competitions, and organisations and businesses involved in the development of global Aquatics.

“2016 promises to give us the best FINA Convention yet. Nowhere else in the world of Aquatics will you find so many professionals from all corners of the industry ready to meet and work together.  Windsor is a small city with a big heart. Its fantastic facilities will make for a Convention and World Championships like never before, especially with the purpose-built competition pool to be constructed within the city’s main ice arena at the WFCU Centre. A warm Windsor welcome and a quality visitor experience is guaranteed”.

The main goals of the FINA World Aquatics Convention are: