“No success without sacrifice” – an interview with swim coach Fred Vergnoux 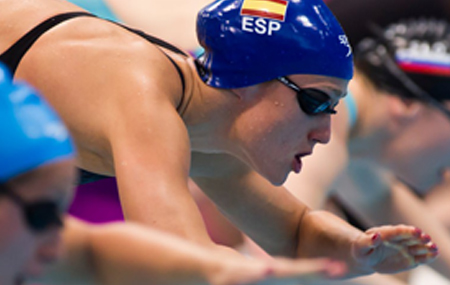 Frenchman Frédéric Vergnoux is no stranger to success. Under his guidance over 244 individual records have been broken and Olympic champions have been made – most notably Spain’s first ever female Olympic swimming champion, Mireia Belmonte.

With nearly 20 years’ experience in swim coaching, the former British Swimming Men’s Head Coach has applied his invaluable knowledge in his most recent position at the Royal Spanish Swimming Federation (RFEN) to great effect.

Ahead of his eagerly anticipated Coaches Clinic session at the 4th FINA World Aquatics Convention in Windsor – ‘How to Reach Your Dream’ – Fred shares his vision on what it takes to get swimmers to the top.

After the Athens’ Olympics in 2004, Fred was selected by British Swimming to oversee City of Edinburgh Swimming – a club supported by the Federation. “I was headhunted by Bill Sweetenham, who was National Performance Director at the time,” he says, “and I applied for the job in Scotland.”  Fred enjoyed four years with British Swimming, soaking up knowledge and the work ethic of British swimmers. “It was an amazing time in my career,” he says, “the support and resources I had available to me in the UK really helped me grow as a coach. I had an assistant coach and together we lived swimming every single day.”

After a brief period coaching in France after the Beijing Olympics in 2008, Fred finally settled in Spain in 2010. Between 2010 and 2013, he coached at Club Natació Sabadell, “the biggest club in Spain,” before moving to the National Centre in Barcelona to instill his plans for success at the RFEN.

The differences between British Swimming and Spanish Swimming were evident to Fred. “The competitive swimming community in Spain is not very big, we have a very cheap entry fee for our clubs that gets you access to some amazing facilities,” he says, “but the investment in the National programme is still not matching the top countries.”

Despite the step back in financial resources, Fred still had some great facilities available to him to develop world-class athletes. “We have three national training centres with numerous coaches in all disciplines, medical staff and psychologists,” he says, “it shows that, even without massive investment, you can succeed with the right team behind you.”

Fred remembers that when he first arrived at RFEN, it was the difference in attitude that stood out the most. “There seemed to be a lack of ambition, maybe a lack of realisation that they could be the best in the world,” he says, “I wanted to change that.” Fred’s main goal at RFEN was to show everyone involved what it takes to reach the highest level, “I wanted people to ask themselves, ‘what do we need to invest to be the best?’” 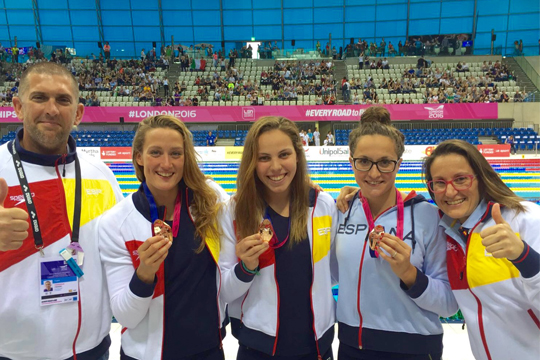 Fred’s new approach for RFEN had a strong focus on training methods. “I had to treat every aspect as important as the next,” he says. “Technique, fitness, strength, nutrition, recovery; they must all have a place in the programme.” “But, perhaps overall, the one who is going to win is the one who is the most prepared mentally.”

No one validates this approach more than Fred’s swimmer Mireia Belmonte, the current Women’s 200m butterfly Olympic Champion. “I’ve been coaching Mireia for six years,” says Fred, “knowing how much she sacrificed, it was amazing to see her achieving her dream of a gold in Rio.”

The emphasis on mental preparation paid off for Fred and Mireia, but Fred says he didn’t have to convince her to make the sacrifices necessary for a gold medal after her two silvers in 2012, “she sat down in the Olympic village in London and told me she wanted to win in four years’ time. She made that statement. Once you have a swimmer who makes that statement, you can make a plan.”

Fred put in place a four year plan for Mireia, and each part was geared towards success in Rio. It was effectively split into two halves, sometimes they invested more in racing and sometimes more in training, and Fred never lost sight of the importance of mental training. “Mental preparation was the key,” he says, “to be on the block in the Olympic final without fear or doubt is the hard part. It’s a long process, you have no life. It was a massive investment and a lot of sacrifice. But, in the end, the reward is worth it.” 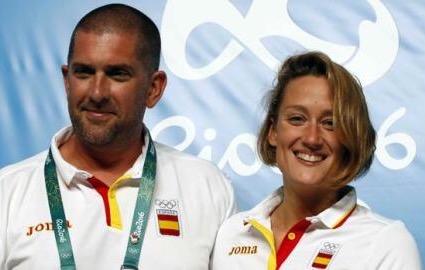 Above all, Fred champions hard work.  “There’s no success without sacrifice,” he says.  He believes that success is earned through years of focused dedication, something he believes is becoming harder to make young swimming hopefuls understand. “It’s getting more challenging to get swimmers to buy in to the commitment,” he says. “You have to train, you have to accumulate the number of seasons. This is long term. To get younger generations to understand this today is a hard job, but it’s necessary and it’s worth it.”

Fred will be talking at the FINA Swimming Coaches Golden Clinic in Windsor on Sunday 4th December. Fred will be arming coaches with insights into the science behind preparation – what a coach can control in the gym and in the pool for their athletes, including opinions on altitude training, taper and the importance of competition selection.