Malmsten AB has renewed its long-term partnership with the FINA World Aquatics Convention for the next two editions of the event taking place in Windsor, Canada (2016) and Hangzhou, China (2018).

Official Supplier for FINA, Malmsten AB has been involved with FINA’s Convention since its inception in 2010 when the event was first held in Punta del Este. Since the inaugural event in Uruguay, Malmsten AB has signed up to partner with the 2012 and 2014 Conventions, positioning  itself at the forefront of international Aquatics.

FINA President Dr. Julio Maglione said: “Malmsten’s continued partnership of the Convention, as well as their recent commitment to supply FINA’s official racing lane lines and water polo equipment until 2020, is testament of their dedication to working with the industry to grow Aquatics.

“We truly value Malmsten’s involvement in the Convention. With over 40 years’ experience delivering high-performing training and competition products they have a lot of knowledge to share with our delegates.”

The 4th FINA World Aquatics Convention, taking place 3-5 December 2016, is Malmsten AB’s third time partnering the event. The company has also joined the exhibition where they expect to gain valuable product feedback from the Aquatics industry, as well as develop their understanding of what is required of an equipment manufacturer.

Tommy Malmsten, Owner of Malmsten AB, said: “Our partnerships with FINA and its Convention are very significant to us. We like to grow with Aquatics and it is important for us to support FINA in developing our sport around the world.

“Our philosophy at Malmsten is to be the leading supplier of swimming pool equipment, and the Convention is a fantastic research and development opportunity where we can network, listen and learn from our audience, including athlete, coaches and pool managers.” 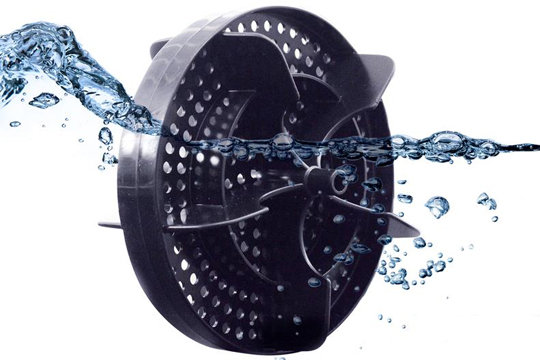 Malmsten’s disc pattern technology for its Racing Lane lines, which has been used at all FINA competitions worldwide since 2009.

Learn more about our Partnership benefits