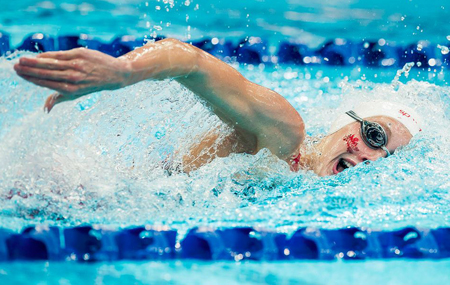 The top 18-and-under swimmers in the world will come to Indianapolis (USA) for the 2017 FINA World Junior Swimming Championships, hosted by USA Swimming and United States Aquatic Sports. The event will be held in August (dates to be confirmed) at the iconic Indiana University Natatorium on the campus of IUPUI.

The FINA World Junior Swimming Championships were launched in 2006, with the first edition in Rio de Janeiro (BRA). Monterrey, in Mexico, staged the second edition in 2008, while the Peruvian capital Lima was the host of the 2011 rendezvous. Dubai (UAE) and Singapore (SIN) welcomed the best junior swimmers in 2013 and 2015, respectively. Nearly 1000 athletes from around 100 countries are expected to compete in the six-day meet in Indianapolis, which will feature an early look at young athletes who will vie for positions on their respective nations’ Tokyo 2020 Olympic Games teams.

“Our young swimmers will take once more this opportunity, staged in a country with a great swimming tradition, to gain international experience and prepare their successful entry in the elite world. Many champions shining at the recent 2016 Olympic Games in Rio started their brilliant path in past editions of our FINA World Junior Swimming Championships.”

“We’re very excited to welcome FINA and the next generation of world champions to the United States for such a significant international competition. This is a showcase event for the future of swimming and an important step in the lives of younger athletes,” said Chuck Wielgus, USA Swimming Executive Director.

“Competing at what we consider to be America’s most historic swimming venue will make this an opportunity of a lifetime for these young men and women. We know that the athletes, coaches, volunteers, families and spectators will enjoy a tremendous experience.”