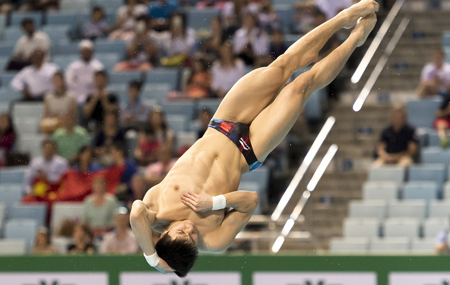 In sport, a medal is particularly hard to win. It requires enormous patience, as well as nerve and skill. Diving competitions are ferocious, in particular from the Chinese- the leading nation since the 90’s.

The FINA/NVC Diving World Series 2016 was no exception as Team China largely prevailed at most legs, claiming 38 gold medals out of 40, giving very few winning possibilities to the other competing nations.

Following the huge success of the Series, FINA decided to give a voice to the overall winning nation of the year’s edition. 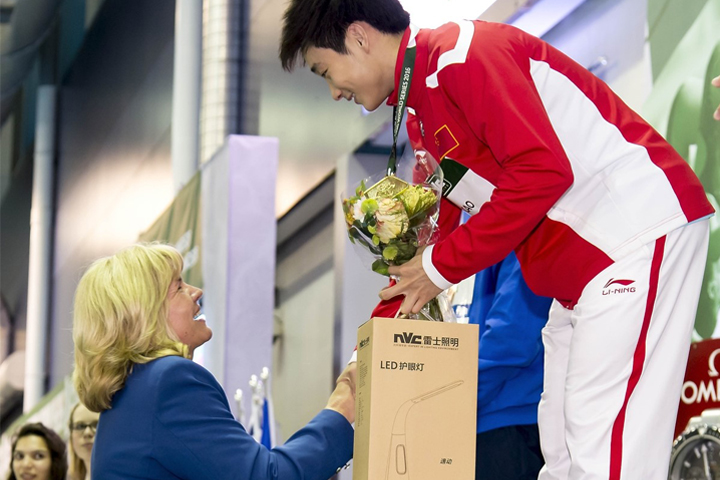 “I was so surprised as I did not expect to win the 3m title! It is the first time I get it. I won the single events at all four legs for the first time! It is a breakthrough for me as well as a great rehearsal for the Rio Olympic Games.”

“In this year’s circuit, I particularly loved the Windsor leg because I achieved my highest score of the year there with 540.15 points. Windsor is my lucky place! I won this leg for three consecutive years.

However the last meet in Kazan was the most breathtaking as I only secured gold with a small margin of 1.20 point over Russia’s favourite Ilia Zakharov.”

Consistently training for the upcoming Olympic Games in Rio 2016, Cao Yuan earned a well-deserved berth for the Games.

“I am truly honoured I have earned a ticket for both the single and synchro 3m events for the Chinese team.

In fact, my preparation for Rio Olympic Games started two years ago. Since then, I tried my best in every training session and every event. I will take good care of myself in the last two months and try to show my best in Rio.”

In the women’s field, Shi Tingmao (already the FINA Best Female Diver in 2015), confirmed her stardom status at the 2016 Series. She took the 3m overall title.

“It was my first time to compete at every single legs of the FINA/NVC Diving World Series. It was my plan from the beginning to take part in all the legs of this year’s Series as it was the best way to prepare for the Rio Olympic Games.”

Shi Tingmao was rather pleased by her results: “I am satisfied with myself and also because I gained more experience, a top priority for me. I am honoured to be the overall winner.” 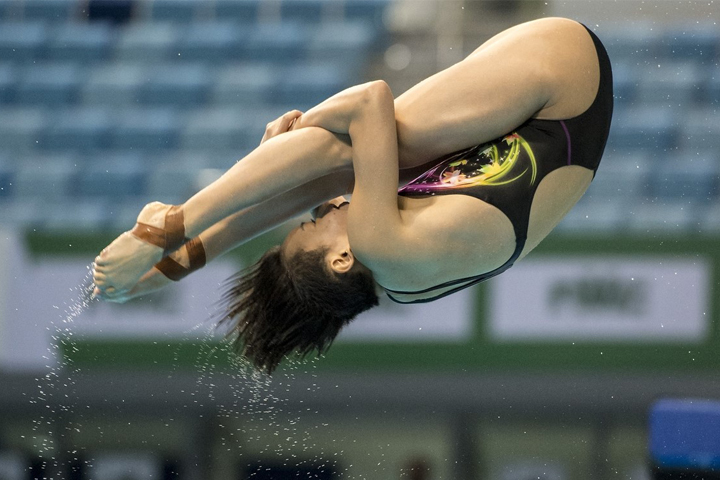 She confessed that she “particularly enjoyed the fierce competition at the various venues” even though she admits lacking experience compared to her teammates.

“I joined the national team four years ago and did not compete at many world events yet. I am only competing in the single springboard event since two years. I am still learning.”

The pressure will be high for the 25-year-old athlete, who will compete at her first Olympic Games this summer.

“It is my first Olympic Games and I am happy that I have qualified for the individual and synchro 3m events. However, I really try and take Rio as a routine event. In my mind, it is the same competition than any other ones I competed before, like the World Series, the Grand Prix, the World Championships, or just any of our national events.

I will need to dive the same routines as usual and I face the same strong rivals. I believe this competition pushes me to give the best of me. I don’t think about the result in Rio, I just hope I can perform my normal form, and hopefully my best form.”

Working closely with the Chinese squad on a daily basis, team manager Zhou Jihong (she was the first Chinese champion in diving in 1984, and she currently chairs the FINA Athletes Committee) shared her views in the run up to the most important sports event of the year.

Like everybody else, FINA was dying to know the Chinese diving secret: “We have a lot of great coaches! In Chinese diving history, the coaches have always been hard working and hard learning. We have built up a good generation of coaches all around China. With the help of those professional coaches, diving potential has been fulfilled to its maximum.”

But of course reaching this level of excellence implies a lot of sacrifices from the athletes. Team manager Zhou explained the compromises and challenges her and her team daily face.

“The biggest challenges are injuries. Every athlete has to fight against injuries and try to keep on training and competing. Sometime this is a real sacrifice from them.”

“Approaching Rio very fast I just hope all my divers can perform as usual and leave Rio with no regret. Our goal is to show the best of ourselves. I do not focus on the number of medals.” 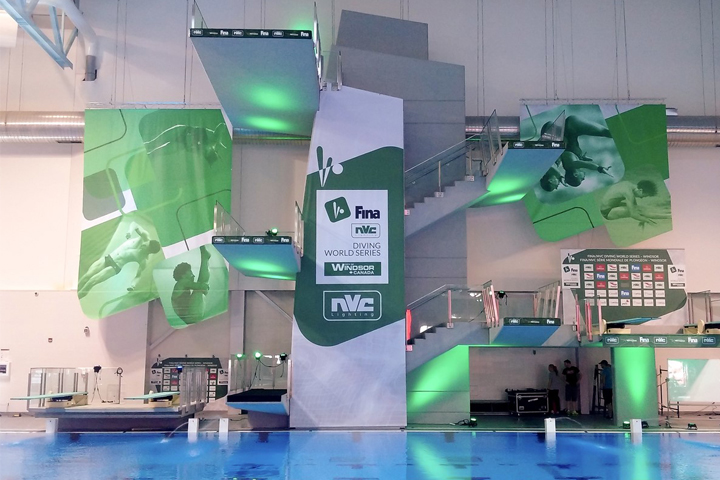 NVC CEO Wang Donglei, competition title sponsor since 2014 and up to 2017, also commented on the season:

“As FINA partner and title sponsor we were very proud, together with FINA, to be able to provide a stage for this multi-location annual competition.

We strongly believe that sport brings the best out of people. Diving is no exception as we can see persistent competitiveness from the athletes, perpetual desire to improve, achieve and win.

These sporting values are closely aligned with our brand’s values of innovation, integrity and persistence. Therefore NVC will continue to support great sports such as diving.

As FINA official partner and the title sponsor of the Diving World Series we hope that the beauty NVC can create with light and shadow will combine with the grace and elegance of diving to bring us a visual feast.”