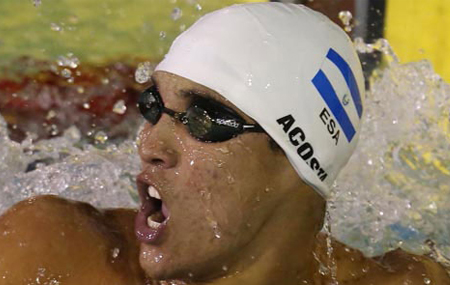 Marcelo Acosta made El Salvador history by becoming the first swimmer from his country to qualify for the Olympic Games with an “A” cut, a time achieved on the occasion of the Arena Pro Series in Orlando (USA), which took place from March 3-5.

Acosta won the 1500m race in Florida back in March, with a time of 15:13.09. Apart from winning the race, the swimmer also set a new National Record and placed himself in the 10th position of the FINA ranking for this event.

Following the milestone for El Salvador and the young athlete, FINA asked him and his coach Gianluca Alberani to come back on this incredible feat.

FINA: Congratulations for your “A” cut, what was your first thought when you saw your time?

MA: Thank you so much. At the beginning I couldn’t believe it, after all what happened during the meet and all these years of training, everything was worth it.

FINA: You are the first El Salvador athlete qualifying with an “A” cut, you are making history for your country, how do you feel about it?

MA: I feel really grateful and proud to represent my country – a country that is going through so much difficulties: It shows that there are still some people, and not only me, that are trying to change things for the better.

FINA: You already did excellent results in Kazan (“B” standard times), how did you improve so much since then?

MA: The only way to improve like my coach says is by just practicing hard, not once or twice a week but every single day and stay positive that you will make it, believing in yourself is the key.

FINA: Has anything changed in your training routine since you know that you will be competing with the big names of the sport?

MA: Yes, we are focusing more in the little details to make a better race. Also more metres than before and less intervals to increase my endurance.

FINA: What are your hopes for Rio Olympic Games?

MA: Mostly enjoy it since these will be my first Olympics, drop my times as much as I can, surpass myself and show everybody in the world how great I am. 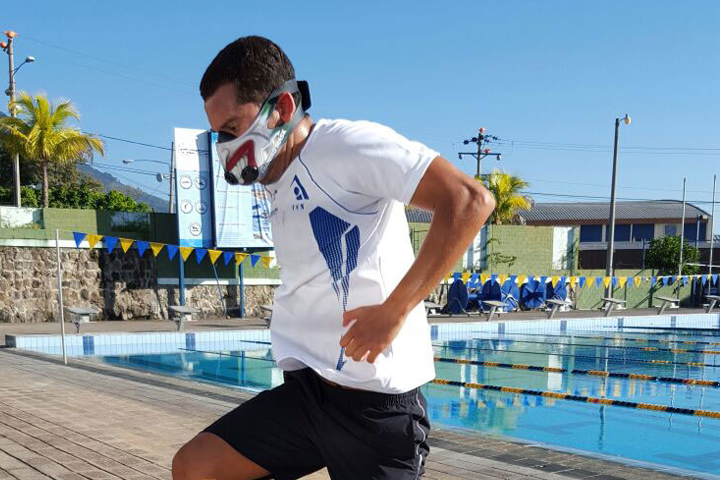 FINA: What was your first reaction when you saw Marcleo’s time at the Arena Pro Series in Orlando?

GA: The plan for Orlando was to make the “A” cut for Rio. It was not easy, but at the end we made it. It was a mix of joy and excitement.

FINA: How is your everyday relationship with Marcelo?

GA: The key for a successful relationship swimmer-coach is the respect and the trust for each other. Our relationship is based on this. We win together and we lose together.

FINA: Has Marcelo something different from the other athletes you train?

GA: Marcelo is a very hard worker, always trying to reach his limits in every single practice. His dedication and passion for what he does make a big difference.

FINA: How did you adapt his training programme to make him improve so much?

GA: I am working with Marcelo since January 2014 and we had many satisfactions together. It has been a long plan, with many new challenges and hard situations met on the road, but always with one goal in mind: the “A” cut for Rio.

FINA: What are your hopes for him for Rio Olympic Games?

GA: It will be our first Olympics for Marcelo and I. He will turn 20 just a few weeks before. I think it is important to go to Rio to have an experience and to give 100% in the water.

The good thing is that we have 5 months to get ready for it.

The FINA Convention includes the FINA Swimming Coaches Golden Clinic – where the coaching community unites to share knowledge and discuss the latest in performance innovation.