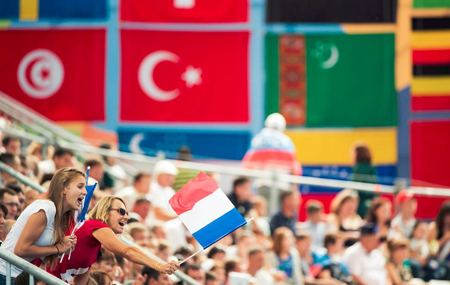 The European Broadcasting Union (EBU) and the Fédération Internationale de Natation (FINA) have reached an agreement to renew their partnership for the media rights in Europe to the FINA World Championships, and to include additional events for a further four years, from 2018 to 2021.

The agreement covers the media rights in Europe for the 2019 and 2021 FINA World Championships, as well as the 2018 and 2020 FINA World Swimming Championships (25m); guaranteeing continued free-to-air coverage.

The EBU has also appointed ESPN Media Distribution, the global sports media company, as its exclusive media agent to jointly market, sell and distribute the rights for a wide range of FINA sporting competition. This cooperation will further enhance the coverage of the sport of aquatics and allow for optimum exposure of the various disciplines across a wide range of the EBU territories.

Dr. Julio C. Maglione, FINA President stated: “This renewed partnership between EBU and FINA represents a milestone for the aquatic sports and a real added value for the future of our sports, which has seen unprecedented levels of excellence in the recent years. We are delighted to extend the agreement until 2021 to ensure our sports continue to make the headlines.”

Julien Ternisien, Head of Sports Rights – Summer Sports added: “We are delighted by the renewal of our partnership with FINA which confirms the trust they have in the EBU and its Members to provide the most extensive free-to-air coverage of aquatics throughout Europe.We are very proud to have these events as part of our extensive summer sports portfolio.”