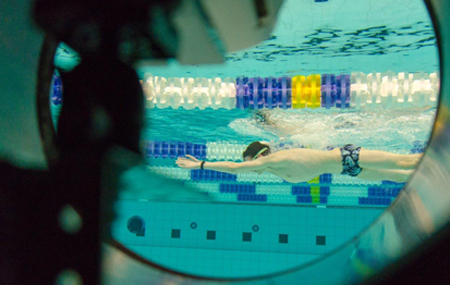 FINA, the world governing body for the sport of Aquatics, is delighted to announce CONTEMPLAS as Event Partner of the 4th FINA World Aquatics Convention, taking place at Caesars Windsor Resort and Convention Centre Canada from 3-5 December 2016.

Based in Germany, CONTEMPLAS has been developing, distributing and installing worldwide software solutions for motion analysis for the past 10 years. Projects have included integrating technology for the Olympic Training Centre in Berlin, the OSBC Aquatic Centre of the Singapore Sports Hub and carrying out athlete performance analysis for the Flemish Swimming Federation in Antwerp.

“FINA are proud to be working alongside industry innovators such as CONTEMPLAS. Motion analysis is becoming increasingly popular in Aquatics and is certainly helping in the improvement of performances worldwide. FINA continues to support innovation and development in Aquatics by bringing companies like CONTEMPLAS face-to-face with our National Federations and head coaches at the FINA World Aquatics Convention.” (Dr. Julio Maglione, President, FINA).

“All water sports, specifically swimming, are very technically driven sports, where only small differences in execution of movements result in huge improvements. At CONTEMPLAS we work hard to make these small differences easier to analyse and understand.

“We are thrilled to be partnering the FINA World Aquatics Convention this year, and very excited to demonstrate the capability our new technologies to the industry in Windsor. The Convention gives us the opportunity to present a dedicated solution for a particular group of customers; it allows all the right people to be in the right place.” (Stefan Klippel, Managing Director, CONTEMPLAS)

2016 is the first time CONTEMPLAS has partnered with FINA World Aquatics Convention, having exhibited for the first time in 2014 (Doha, Qatar). CONTEMPLAS will exhibit the special software they have developed over the past two years, including, but not limited to, pure race analysis software, mobile underwater cameras, pan-tilt-zoom cameras, twin-cam dolleys, and instrumented starting blocks.