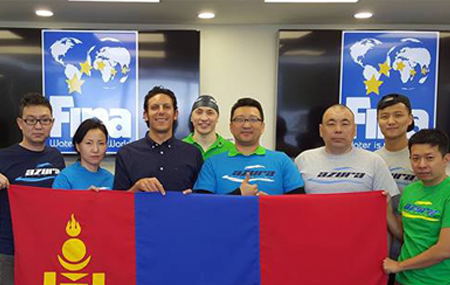 FINA is pleased to report on the latest seven highly successful Clinics in Asia and the additional three very fruitful ones in Oceania which were organised and supported in collaboration with the respective National Member Federations in the recent months.

Since the start of 2016, Oceania staged three Clinics: the first one, particularly targeted towards future Coaches, took place from 12-16 January in Suva (FJI), while the second one for Judges was organised in Auckland (NZL) from April 22-26.

The Fiji clinic was well attended by participants (40 approx.) with a wide range of experience and knowledge. The clinic ran well, the attendees were engaged and very positive. Each day consisted of approximately 4.5 hours of presentations and 90min of practical poolside sessions. 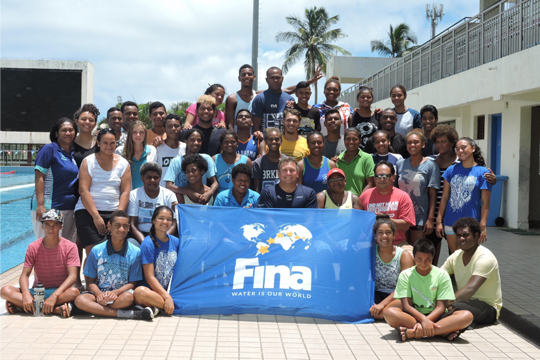 A record participation of 120  attended another five-day Clinic for Swimming Coaches from May 9-13 in Apia, Samoa, where the need for coaches in this sport is critical as the island counts four qualified coaches only for 300 school pupils attending swimming schools around the island.

The highlight of the Clinic was FINA Lecturer Mr Sakovich’s conference on the pathways that sport development can lead to and the career advice for those wishing to become full time sports coaches.

Turning to the Asian continent, Ulaanbaatar, in Mongolia, played the host to an advanced Swimming Coaches Clinic from March 16-20, overviewed by El Salvador’s Marcelo Acosta’s coach Gianluca Alberani – an Italian FINA lecturer based in the USA. Ten coaches took part in this programme which looked at the four stokes, the energy system, the nutrition for an athlete and many other key topics. 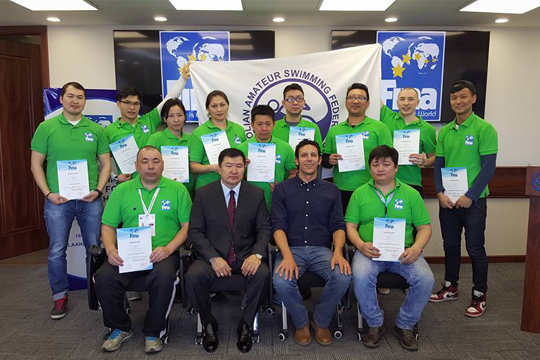 Still in Asia, and for the first time in the country, 34 first time officials attended a course in Phnom Penh (CAM). Officials’ role and responsibilities were part of the basic knowledge taught to the participants. 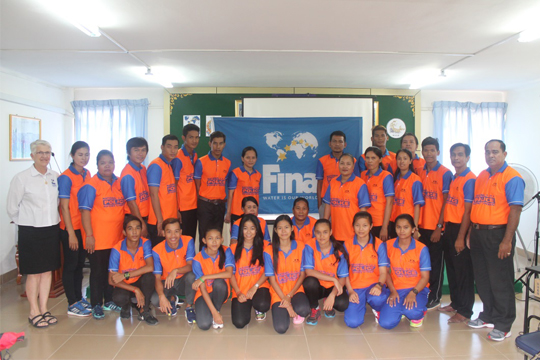 Ashgabat, Turkmenistan capital, Lalitpur, Nepal, and Amman in Jordan were other cities who hosted intermediate and beginner-level Clinics in April and May.