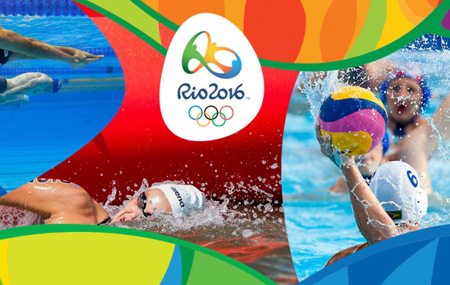 With exactly 100 Days to go until the Rio Olympic Games Opening Ceremony, FINA is celebrating the milestone by compiling a series of intense “getting ready” moments across FINA’s five Olympic disciplines into a video dedicated to its great athletes.

The video pays tribute to the aquatic athletes and recognise their continuous efforts and outstanding performances throughout this Olympic year.

Today marks an historic step as the Olympic Flame will be handover from the Hellenic Olympic Committee to the Rio 2016 Organising Committee.

Before embarking on its three-month journey around Brazil, which starts in Brasilia on 3 May and will see it being carried by 12,000 people through every state capital and over 300 towns en route to the Maracana Stadium in Rio, the Olympic Flame will make a short stopover in Switzerland. Following a ceremony at United Nations in Geneva on Friday April 30, it will briefly go on display at the Olympic Museum in Lausanne.

In Rio, meanwhile, the Olympic Water Polo Test Event is currently taking place in the brand-new Olympic Aquatics Stadium (from 26-29 April). This event concludes a series of Test Events that were conducted across FINA’s five Olympic aquatic disciplines.